Part two in the series, this book gives an insight into "The Stories Behind the Doors" of Chorlton-cum-Hardy pubs.

The pubs & bars of Chorlton-cum-Hardy are a fascinating mix of the old and new, and in their way reflect the history of this part of south Manchester.

You can sit in the Horse and Jockey gazing out over the old village green in Chorlton, in a building which was already showing its age when Henry VIII married Anne Boleyn.

Like the Red Lion in Withington, the Horse and Jockey doubled as the place where inquests were held into sudden and mysterious deaths and both pubs would have hosted the annual Pace Egging ceremonies, where villagers dressed up and re-enacted the Easter story of St George and the Dragon.

Along with these relics of a rural past, can be found pubs like the Lloyds and the Royal Oak, which were rebuilt to attract the new professional and clerical families, who were moving into south Manchester as the area became a suburb of Manchester. 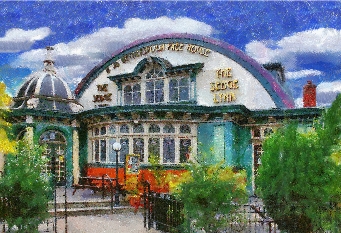 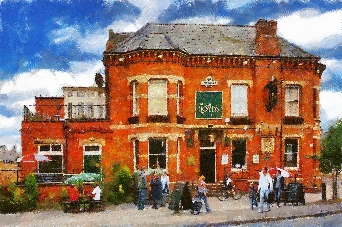